Get fresh music recommendations delivered to your inbox every Friday.
We've updated our Terms of Use. You can review the changes here.

The Smell Of Incense 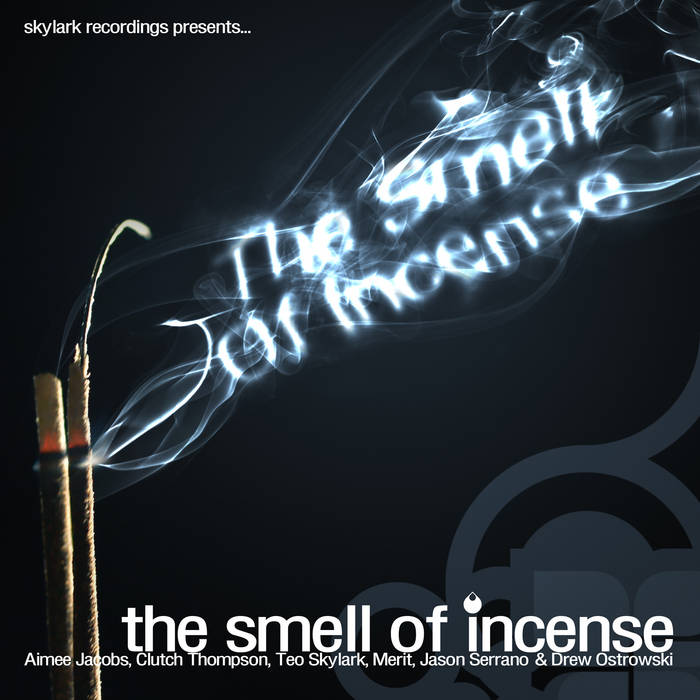 The Smell Of Incense is an E.P. release that includes three original mixes and three remixes of the original song lyrics written by Aimee Jacobs. Aimee is known for her keyboard and back up vocals in the band The Burning Of Rome. The band won San Diego Best Rock Band in 2010 at the San Diego Music Awards (SDMA). And has toured the western region of the United States, performing at South by South West and other premier venues across the west. The Smell of Incense marks Aimee Jacobs first independent release of her original song writing and featured vocals.

The Smell Of Incense project brings together a very diverse group of artists and musicians converging a multitude of genres and musical backgrounds. Aimee’s artistry cannot be defined by one particular genre, which is why the Smell Of Incense crosses over several and was the largest project Skylark Recordings has produced in the labels ten-year history. Taking three years to produce and spanning over 700 miles the label celebrates the addition of many new talented artists and looks forward to developing further releases of Aimee Jacobs’s original music and song writing.

Singles, E.P’s, L.P’s, Full length Albums, Compilations & Original Compositions are available of the featured Artists on Vinyl, CD and in Digital Media formats which can be purchased on line at the labels music website or through one of many retail outlets globally. ... more